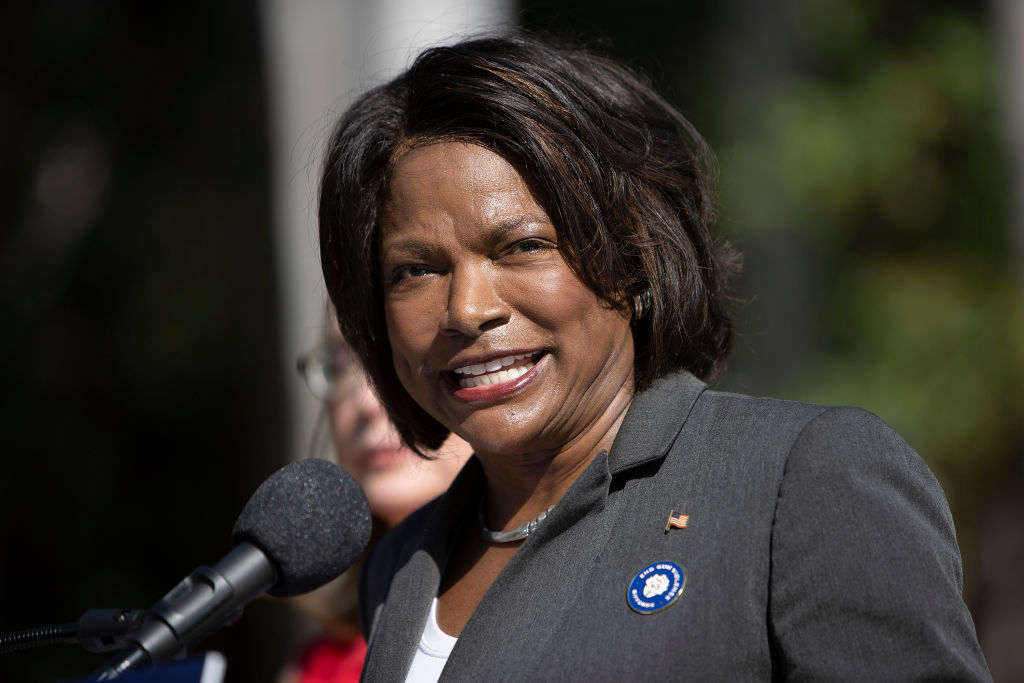 Rep. Val Demings is primed and ready to snatch Sen. Marco Rubio’s seat after the Florida senator tweeted a reckless comment about the latest pandemic surge. As COVID-19 cases surge in his home state of Florida, Rubio tweeted that widespread concern over the Omicron variant was “irrational hysteria.”

Demings used the opportunity to point out the simple facts of the current state of things. She tweeted about the number of people who have died since the start of the pandemic and encouraged voters to choose leaders who take their health and well-being seriously.

“Over 824,000 Americans, including over 62,000 Floridians, have died of Covid,” Demings tweeted. “We can stop this. Get vaccinated. Get boosted. And elect leaders who will take the pandemic seriously.”

Over 824,000 Americans, including over 62,000 Floridians, have died of Covid. We can stop this. Get vaccinated. Get boosted. And elect leaders who will take the pandemic seriously. pic.twitter.com/Al38a8S0xM

CNN reported Florida has been breaking pandemic records the last several ways, and not in a good way.

Rubio’s attitude toward the surge of the latest COVID-19 variant is part of the problem as the nation enters the third year in a pandemic. Elected officials like Rubio who make light of the pandemic undermine the duty owed to the public.

Despite Rubio’s dismissal of the Omicron variant as just causing sore throats, the symptoms and scale of the virus’ spread are leading to previously unheard of disruptions. Not to mention “mild” symptoms don’t mean a person won’t develop long-term complications.

He also has followed lockstep behind party leadership, refusing to support measures to help alleviate the burden on Americans as a result of the pandemic and economic strain. It’s easier for Rubio to talk smack on Twitter than supporting action to uplift the millions struggling with the added burden of the pandemic.

Rubio’s comment also comes as Black elected officials call out Gov. Ron DeSantis for his alleged inaction during the surge. As previously reported by NewsOne, the governor has allegedly been MIA as the virus surges with ongoing issues of vaccine equity and trouble accessing testing sites.

Rep. Val Demings announced her intention to take Rubio’s seat last spring. Ahead of Demings’ campaign launch, she tweeted an article about Rubio with a caption that read, “leadership matters. Florida can do better.”

If elected to the U.S. Senate, Demings would be the third Black woman to join the congressional body. A Demings win could also help Democrats strengthen their majority in the Senate. Last month, Demings picked up an endorsement from former Rep. Gabrielle Giffords’s political action committee adding to her growing list of support.

Rep. Val Demings Plans To Unseat Marco Rubio In Senate, Vouches That ‘Florida Can Do Better’