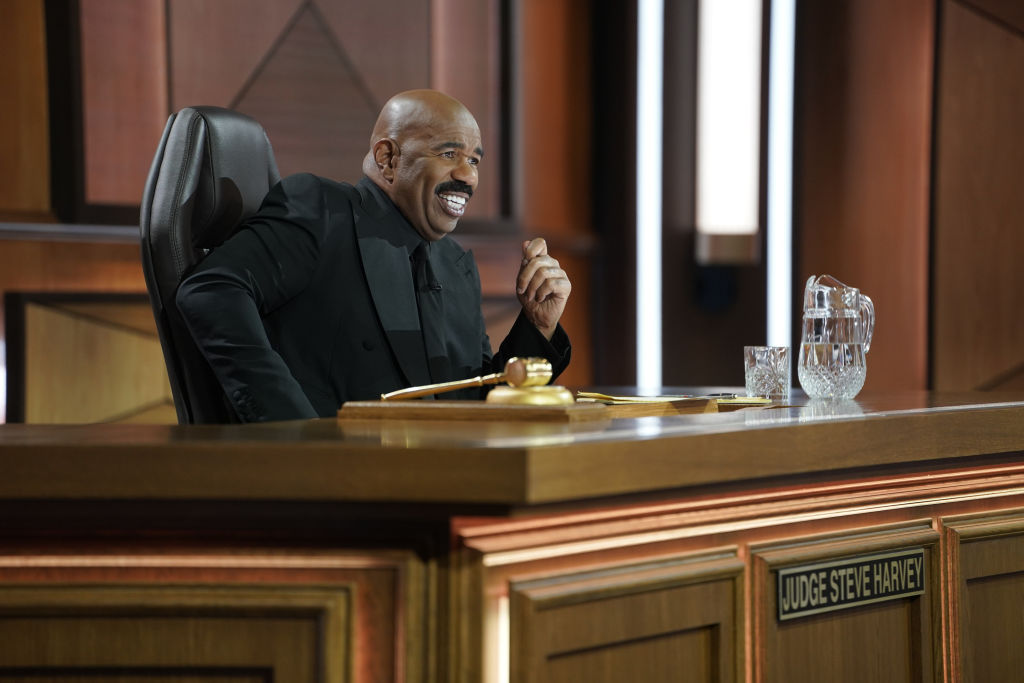 We didn’t see Steve Harvey becoming a fashionista on our 2021 Bingo card, but a las here we are. Continuing his stylish social media run, Mr. Harvey is trending for slaying another look. While promoting his new ABC show “Judge Steve Harvey,” the all-around host debuted an all-Black Tom Ford look that sent him straight to the top of the trending charts.

“I don’t have a law degree and I’m way too fly to wear a robe,” Steve jokes in a promo video and we have to agree this Tom Ford fit is way flyer than a traditional judge’s robe. Steve’s latest looks have been grabbing headlines and he has stylist Elly Karamoh.

He captioned this LV fit, “fly till I die.” Touche.

And this unmistakable blue leather suit landed him in GQ.

Steve Harvey may not be a judge, but he’s a master entertainer who brings joy to every show he’s on. “I knew I had to just be myself,” he told TV Insider. “Most judges are interested in the law: These are the facts, and that’s it. I’m going to dig up the story behind why people came to court versus what they’re in court for. I lean on decades of experience dealing with all types of situations and people, and I rely on my street savvy, common sense and humor to get it done.”