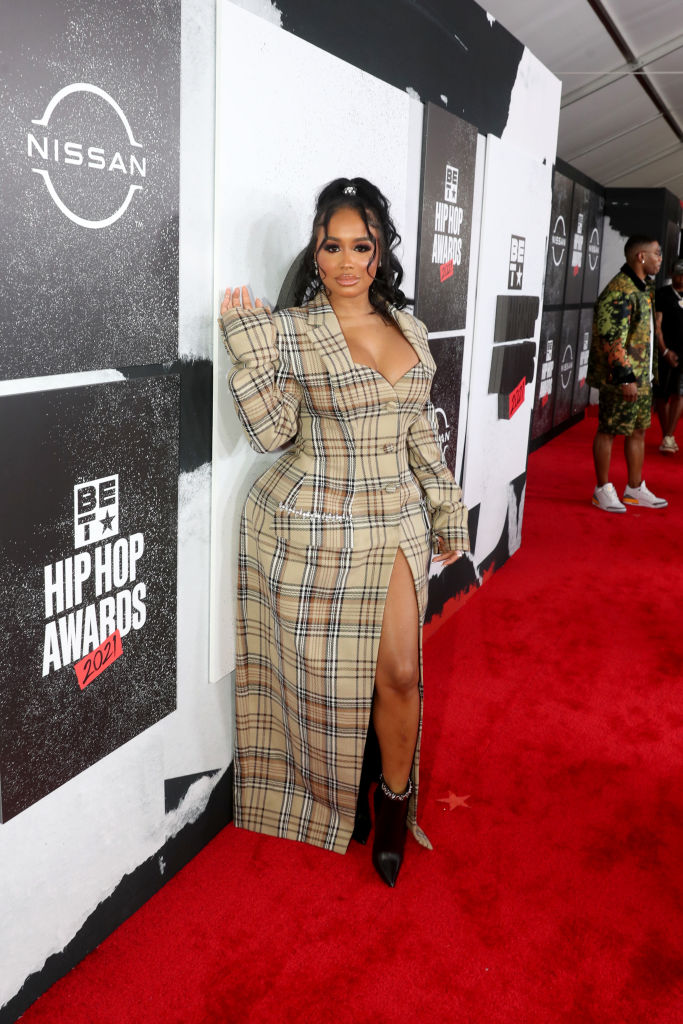 While plastic surgery, specifically BBLs, has become the norm for our generation, many don’t talk about the downsides of getting the procedure done, specifically the health complications that come with it and the troubles it takes to have the injections removed after a period of time. Despite the secrecy around the negative side of the surgery, rapper Dream Doll is opening up abot the troubles she’s experienced with the surgery, specifically the number of times she’s gone back under the knife for butt reductions in attempts to have the injections removed.

During a recent episode of Angela Yee’s Lipservice Podcast, the 29-year-old rapper was asked if she had things reduced and if she had “fat taken out” by show creator Angela Yee. “What made you want to do that?” she asked. Dream then replied, “It hurts. Pain.. Not wanting a big butt anymore… I already got 4 reductions already. There’s levels to this reduction s**t…It’s way harder to take it out.” She continued, “Yeah, I just wanted a more natural body. And I still do. So I’m slowly getting there, and it’s fine.”

Angela Yee then followed up with the question, “what is that procedure like when you get it taken out? Because I’m sure there’s women who probably also feel the same way, and they’re thinking about it. So what’s that like?” To which Dream replied, “Pick another doctor.  I went to Carlos Gomez. He’s in Columbia, he’s really good with reconstruction and I’ve sent a lot of women to him… When I wanted to do a removal, nobody wants to tell you that s**t… Nobody wants to give that s**t [information] out. But I gave my doctor out to women and shared my story through vlogging because I wanted to be able to help people the way I wanted to be helped. Like nobody tells you. You go in the strip club and every b**** is acting like it’s top-secret to get their doctor. We ain’t going to look the same regardless, so what does it matter?,” she joked.
“You just got to get the good doctor. Like, when I remove I put fat because I don’t want to have loose skin or dents or anything. Because when you take something out,  you need something to put in there. So that comes with gaining weight as well. So when I gain weight people say ‘Oh, you pregnant? You getting big?’ I have to.”
Check out the revealing conversation below.

Kudos to Dream Doll for being honest about her situation in hopes that she’ll help other women out there who might be feeling the same thing.
Don’t miss…
Summer Jam Style: Cardi B, Saweetie, Remy Ma And Dream Doll Bring The Looks
12 Times Dream Doll Turned Heads With Her Hair

Elderly Black Woman Exonerated After Spending 27 Years in Prison For Niece’s Murder
Biden Breaks Records With 40 Judicial Confirmations In His First Year As President
Porsha Williams’ Book Signing Was Crashed By A Protestor Who Pleaded With The Reality Star To Stop W...
Share in
Tagged in